Tech mistake |Believe me, I’ve tried numerous spy apps, but no app has come close to the two apps I’ll be discussing in this article. Having tried Xnspy and mSpy, I can guarantee that both are amazing spy apps in terms of the features that they offer. However, the question remains: which app is the best?

For the reader’s sake, I’ve compared the features, installation, pricing, compatibility, and performance of each app side by side. Let’s get into the nitty-gritty!

I installed both apps on my daughter’s iPhone, and I have to say that I am impressed with the results. Although both apps have the same user interface more or less, I felt like Xnspy was easier to use. When you log into the account, you come across a dashboard, which displays information about the monitored device. 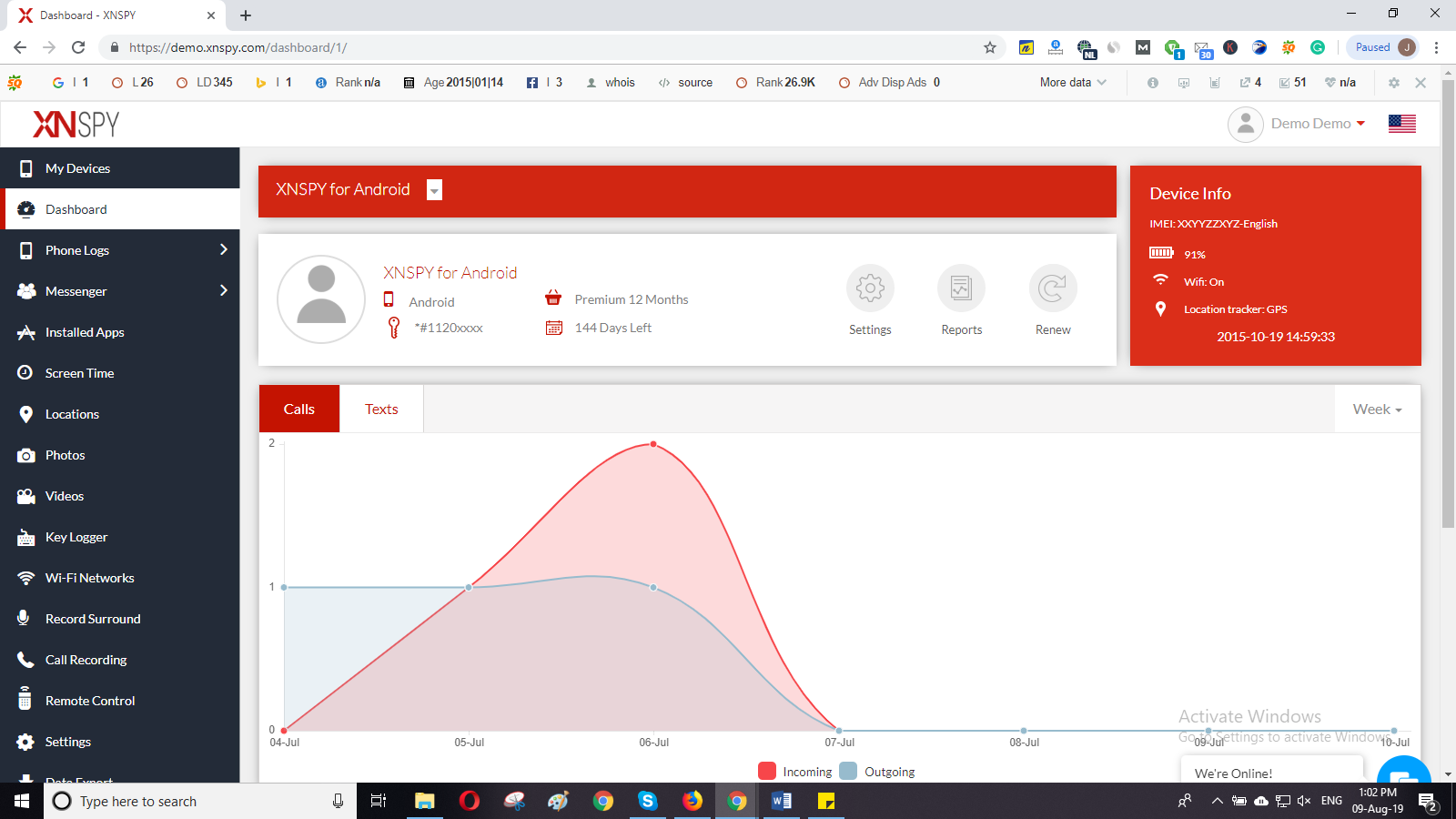 mSpy does not have a live demo version of the app.

From a user’s perspective, any digital product’s website is instrumental in helping one understand how it works, how it’s installed, and so forth. I liked the fact that Xnspy’s website was very detailed. I had no trouble understanding the features that the app.

mSpy is compatible with Android OS 4 and above, which is mentioned on the website. My daughter’s phone was compatible with the app, which should have meant that I could easily install the app on her phone (but this was not the case). The app is also compatible with all iOS devices.

Xnspy offers a multitude of features. With the app, I was aware of everything that my daughter did throughout the day. I was able to track my daughter’s location during the day. So I knew when she was at school and at what time she reached home. I also read the messages that she sent to her friends throughout the day on WhatsApp, Facebook Messenger, and Instagram. Moreover, I was able to access the browser history on her phone. The app allowed me access to bookmarked webpages, so I found out that she is into origami these days. These features were the most useful to me.

Apart from the features that I’ve mentioned above, you can monitor multimedia files such as photos and videos. You can also access the list of contacts saved on a phone. The list of incoming, outgoing, missed, and rejected calls are also available to the user. The feature that I think is the most interesting is the surround recording. It allows the user to record the surroundings of the phone when it is not in use. You can also record phone calls made using the monitored phone. In addition to this, you can also control the phone remotely by blocking apps, wiping data, and locking the device.

There are other features that the app offers. You can read details about the features on the app’s website.

mSpy offers a decent number of features, although they are not as extensive as those offered by Xnspy. After installing the app on my daughter’s phone, I started tracking her text messages. I could also read messages that she shared on Facebook and Snapchat. The location tracking feature was similar to that offered by Xnspy. The map on the dashboard showed my daughter’s location. With mSpy, I could also read emails, access internet browser history, and bookmarked webpages.

Other feature that the app offers include blocking applications remotely, access to multimedia files (photos and videos), and access to contacts, and calendar. Users of the app can also view call logs, including missed, incoming, and outgoing calls. Although the app offers a limited number of features when compared with Xnspy, in my opinion, these were sufficient to help me monitor my daughter. However, every parent may not agree with me and consider other features as essential, too.

I should mention here that since a cell phone monitoring app allows one to access a person’s private information, it is illegal to download it on someone’s phone without their permission.

I have to say that Xnspy is the better-performing app among the two. I read online reviews, which say that spy apps drain the battery of the device on which they are installed. So I was a little skeptical if that would happen on my daughter’s phone. But I didn’t face this problem with Xnspy. By logging into my Xnspy account, I saw that the battery of the phone was sufficient. Here is a tip if you plan on using Xnspy: You can change preference for uploading data so that the app uploads data to your Xnspy account only when the phone is in charging mode. Go to Settings >> Toggle Features. Scroll to the end of the page, and you will find the option for “Upload Media Content on Charge.” Toggle this on. You can also change the preference for uploading data when the device is connected to Wi-Fi. 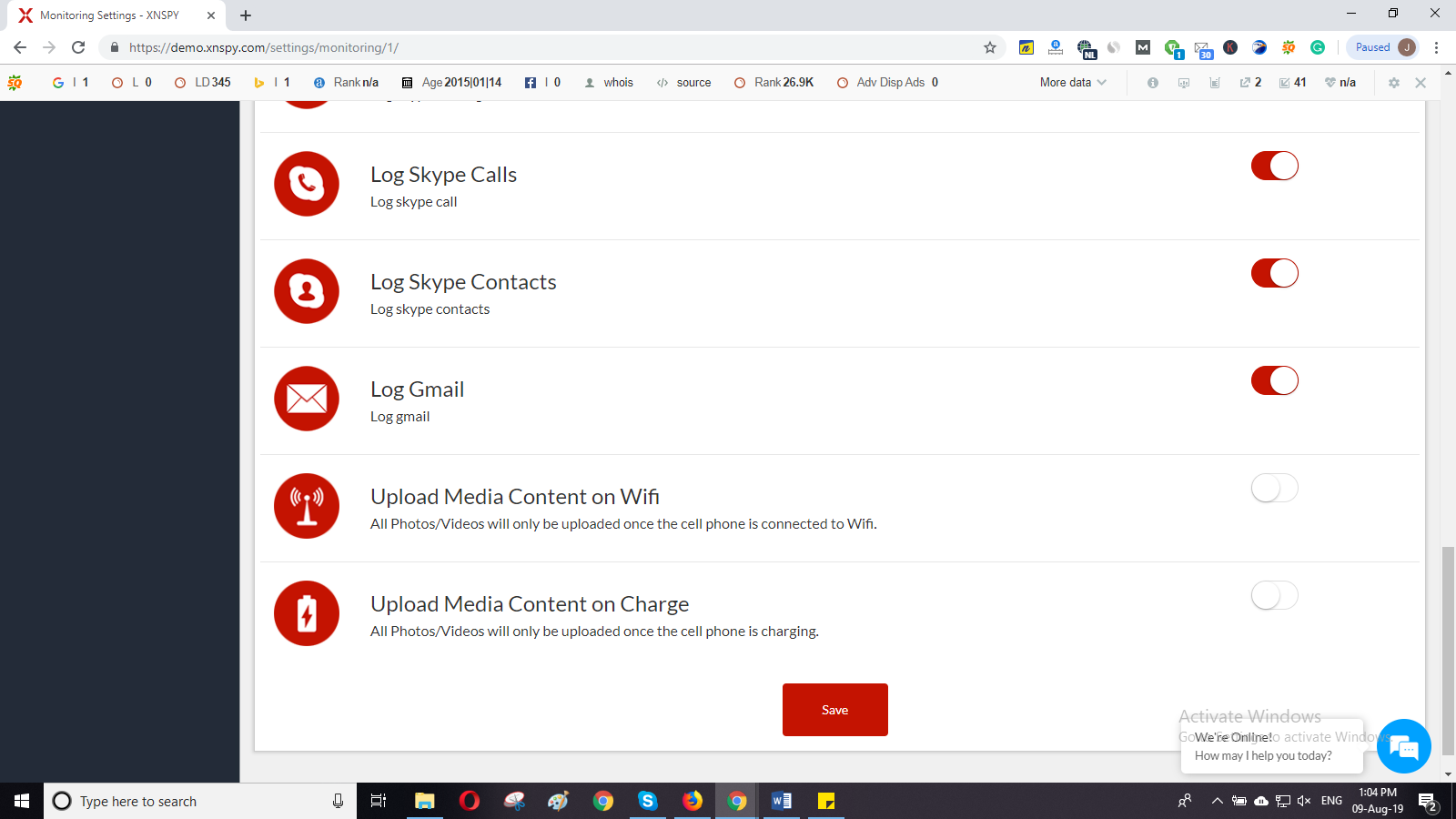 Performance-wise the app is good as it updates information in real time. Because of this, what happens is that the battery of the phone drains quickly. Also, the data package is consumed as well since the phone uploads data almost instantaneously. You could say that what works in mSpy’s advantage also a disadvantage because it affects the performance of the device.

The subscription rates of the app shocked me! Since Xnspy is one of the best performing apps, you would think that it would be expensive. But it is not! It is quite affordable. To my luck, I availed a 40% discount on the Premium subscription plan. The prices of the subscription plans are listed below:

Nowhere on the website will you be able to view the pricing of the app, unless you decide to purchase the app. I purchased the Premium subscription plan for a month, and it cost me €59.99. This was a lot more than what I paid for Xnspy.

Another thing to note is that the Basic subscription plan is only offered on a monthly basis. So if you choose this plan, you’ll have to subscribe each month to it. Personally, I think it is an inconvenience because you have to subscribe to it monthly. The rest of the pricings are mentioned below:

Without a doubt, Xnspy offers more features than mSpy. Listening to my daughter’s surrounding or her phone calls are a few things that I could do with Xnspy only. In addition to this, Xnspy performs better on Android devices than mSpy.

But what really soured my experience with mSpy was that the pricing for the app is not justified for the features that the app offers. Also, the installation procedure for mSpy was not clearly described on the website. In contrast, the experience with Xnspy was better, because I did not face any problems with the installation procedure. I also think that the pricing is quite affordable for the yearly subscription plans.

The Benefits of Real Estate CRM