Tech mistake |SBCGlobal.net is an online domain name. It might be in your email address or in the email address of someone you know. SBCGlobal email addresses were issued by SBC Communications, a company formerly known as Southwestern Bell Corporation. SBC merged with AT&T in 2005, and the combined company is known as AT&T. 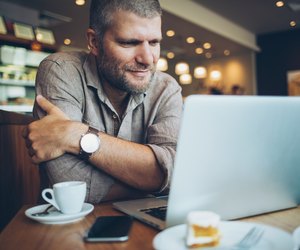 Southwestern Bell Corporation was one of the seven “Baby Bell” companies created when AT&T spun out its regional telephone company units in the 1980s during an antitrust suit. It offered local phone service and, later, internet service in its region, which, despite the name, was mostly in the Midwest and Texas. Other Baby Bell companies included NYNEX in the New York area, Bell Atlantic in the mid-Atlantic states and Pacific Telesys on the West Coast.

The company changed its name to SBC Communications in 1995 before the 2005 merger resulted in AT&T.

Video of the Day

Email addresses generally consist of a username and a domain name, such as bob@example.com. Some people who had accounts with the SBC Global Internet service providers before SBC merged with AT&T have accounts with sbcglobal.net in the name, though the accounts are run by AT&T today.

If you have one of these older domain names, your email address still functions the same as other AT&T addresses, and the company hasn’t announced plans to consolidate them, probably since doing so would make it hard for these legacy customers to receive email.

There’s currently no webpage at the domain sbcglobal.net, but it’s still valid to send and receive email.

AT&T email service is technically provided by Yahoo, though you normally sign in through the AT&T website at att.net if you’re an AT&T customer.

The two companies have distanced themselves in recent years, so it’s no longer possible to use AT&T accounts effectively as Yahoo accounts, which was possible in years gone by. AT&T rival Verizon bought Yahoo’s businesses in 2017.

For people who had merged Yahoo and AT&T accounts, the accounts have now been separated by the companies, so you must sign into them separately going forward.

Curiosity Depends on What You Already Know

WHY MONEY IS SO IMPORTANT IN BUSINESS