Tech mistake |Six degrees of separation is not just a party game, it’s a reality. Everyone is the world is interconnected, and thanks to social media, that connectedness gets tighter and richer each day. See the research, history, and experiments proving our influence is much bigger than any of us imagine. 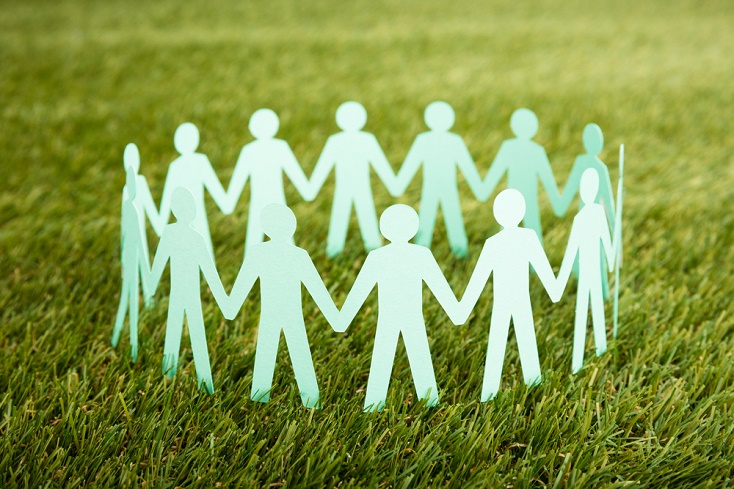 Six degrees of separation describes the idea that all people (and things and places) in the world are just six or fewer interpersonal connections away from each other.

You may have first heard about the theory from a weird friend at a party who said that all actors in Hollywood are connected back to Kevin Bacon in six movies or less. It’s real. It’s true. See OracleOfBacon.org or FindTheBacon.com.

But, really, the truth began far before our footloose friend was even born. Hungarian author Frigyes Karinthy, back in 1929, in a long-forgotten, four-page story/essay titled Chains originally came up with the original concept as he wrote the following:

“A fascinating game grew out of this discussion. One of us suggested performing the following experiment to prove that the population of the Earth is closer together now than they have ever been before. We should select any person from the 1.5 billion inhabitants of the Earth — anyone, anywhere at all. He bet us that, using no more than five individuals, one of whom is a personal acquaintance, he could contact the selected individual using nothing except the network of personal acquaintances.”

If you take a few minutes to read his brilliant and innovative essay, you would think his discussions were happening now and not 88 years ago, as they are just as relevant and interesting today.

In 1962 in the wake of the Cuban missile crisis, which nearly started total nuclear annihilation, Walt Disney was hired by Pepsi- Cola to design an attraction for the 1964 World’s Fair in New York to benefit the UNICEF fund and help promote world peace. His team came up with a series of Audio-Animatronics singing and dancing figurines put to a catchy multi-lingual tune titled “It’s a Small World.” Here’s a video for you. This phrase became an easy response to use any time you made a random connection of friends with another person, especially a stranger. “What a small world!” But was it really?

Since the 1950’s, Michael Gurevich, Manfred Kochen, and Stanley Milgram, had been building upon each other’s research in social network theory and postulating on contacts and influences between people. They carried out statistical extrapolations and even primary research. In 1967 Milgram published, “The Small World Experiment” confirming that that random people in the United States could really know each other in an average of 5.5 connections.

The phrase we have come to know so well was ultimately coined and popularized in 1989 in the Broadway play, Six Degrees of Separation, by John Guare. The play was highly successful and was adapted to film a few years later and received an Oscar nomination for Best Actress by Stockard Channing.

Ironically enough, 1989 was the same year that Tim Berners-Lee mused : “Suppose all the information stored on computers everywhere were linked. . . . All the best bits of information in every computer at CERN and on the planet would be available to me and anyone else. There would be a single global information space.” Later that same year, he made the first HTTP call between a client and server, which would within a few years become the basis for the World Wide Web.

The internet, with its accompanying chat rooms, emails, webpages, search engines, and wikis, undoubtedly caused more of a quantum leap in global communication and connectedness than any other past technology.

Nevertheless, we should still be grateful that the printing press, the telegraph, the telephone, the radio, the television, and the computer were invented. All forms of media build, iterate, improve, compete, and eventually synergize with each other to connect the human race through communication.

And now the combination of all communications into one platform is what we have dubbed social media. In a way the phrase is redundant. All media is social. And all sociality must happen through some medium.

But how do you come up with a word or two to describe this amalgamation of webpages, software, and mobile apps that combine millions of personal blogs and webpages with digital photo albums, an online video viewing platform, a news distribution channel, an advertising and gaming network, and an instant messaging platform? Social media is as good a term as any, I suppose.

The first decade of the 21st century will long be remembered for September 11th and the beginning of the war on terror, but it was also the beginning of the current social media giants that we know today. LinkedIn in 2002. Facebook in 2004. YouTube in 2005. Twitter in 2006. WhatsApp in 2009. Instagram and Pinterest in 2010, and Snapchat in 2011.

Finally, for the first time in history, there was truly a platform where nearly all of the world’s population could easily go and create a profile of themselves, find connections of hundreds or thousands of friends, and then communicate with them through several different types of media.

Now that the tools were in place, it got people thinking, especially the data geeks. In 2011, four students from Iran, the United States, and Canada collaborated on research to calculate the degree of separation between 1,500 random Twitter users. Their algorithms produced results in the range of just 3.4 to 3.8 for average degree of separation between users. That was seven years ago.

That same year, Facebook’s data team, in conjunction with the University of Milan and Cornell University, released two studies documenting that amongst all 721 million Facebook users and 69 billion friendship links, there is an average separation of 4.74.

Then a year ago, in February of 2016, Facebook reported that the distance had decreased to 3.57 among its then 1.6 billion users, who make up 22% of the world’s population.

If that trend continues to shrink lineally by 25% every time Facebook’s audience increases by 122%, then, by the time it reaches all 7.4 billion of the world’s current population, then the range would fall between an average of just 1 and 2 degrees of separation and connection between all people in the world.

I just wish that Facebook would bring back the ability to sort all my recommended friends by the number of friends we have in common from greatest to least. Then we could truly find all of our long-lost friends. “And the world would be as one”

Can I Check Who Stalks My Instagram Profile or Story?

Learn To Transform Cons Into Pros: Social Media And Its Bad Influence On Students

What is Tiger Blood?