Back in late 2014, Mitel’s plan to purchase ShoreTel didn’t make much sense. But now it does, and here’s why.

Mitel declared itself the industry consolidator not long after its successful acquisition of Aastra in 2013. Mitel’s M.O. is to acquire distressed companies that offer synergies and assets it can leverage. That’s harder than it sounds. Mitel was usurped in the Polycom deal, had to undo its Mavenir acquisition, and simply couldn’t get ShoreTel to negotiate back in 2014. 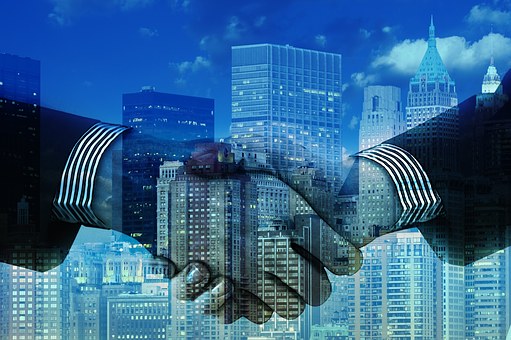 Relationship Recap
In 2013, ShoreTel CEO Don Joos had started a multiyear gamble to repeal and replace the entire portfolio — appliances, platforms, and endpoints. It was a huge undertaking that was nearly complete (or thought to be) when Mitel made its unsolicited offer to acquire the company in October 2014 for $8.10 per share in cash.

With no response from Charles Kissner, ShoreTel chairman at the time, Mitel increased the bid to $8.50 a share in November 2014. At that time ShoreTel’s product line had incompatible solutions for premises and cloud. The company had been feverishly working to complete Connect, its new platform using a single code base that would allow its use for managed cloud service, on-premises, or hybrid deployments, but it wasn’t done yet. ShoreTel declined to engage in negotiations, so Mitel abandoned the offer soon after.

The problem was, Connect wasn’t as close as believed, and when it did launch, in August 2015, it got off to a rocky start. It was a new platform, with a new name that failed to leverage the goodwill from existing products and services.

For example, ShoreTel Connect Online replaced ShoreTel Sky, a UCaaS offering that resulted from the company’s 2012 acquisition of M5, a premium provider. Given that M5 had earned Gartner recognition as a Visionary back in 2011, its acquisition should have given ShoreTel an early-mover advantage in UCaaS. Yet, instead it focused on creating that single platform while allowing the space to get crowded.

A Lot Has Changed Since 2014
The ShoreTel of today is much different from the ShoreTel that Mitel pursued in 2014. Rocky start aside, for example, ShoreTel Connect is impressive — from a technology standpoint. One of the industry’s newest UC platforms, it supports onsite, cloud, and hybrid deployments. Unfortunately, neither the stock market nor end-user organizations have responded well. The company never got its momentum back. With its revised offer, Mitel could have paid much less than it was willing to in 2014, but there were other changes at ShoreTel as well.

Most noteworthy, ShoreTel gained a CPaaS offering in its acquisition of Corvisa at the end of 2015. ShoreTel leadership initially spun this as a contact center play, but later positioned it as a CPaaS story. The Corvisa solution is now known as ShoreTel Summit, and is part of a growing trend of combining UCaaS and CPaaS (Vonage/Nexmo, Genband/Kandy, Avaya/Zang, and more). ShoreTel Summit could fill a void in Mitel’s portfolio.

Had Mitel and ShoreTel reached a deal in 2014, the story then would have been about culture conflicts. There were some big personality conflicts in the past. I don’t think it’s a coincidence that this deal comes just a month after Kissner stepped down as ShoreTel chairman.

Mitel has changed a bit since 2014, as well. For example, Mitel has expanded its video strategywith Vidyo, and it should fit right into ShoreTel Connect’s client. Mitel also announced a building-block approach to applications. As part of that, Mitel announced CloudLink, which normalizes different call managers (see recent No Jitter post, “CloudLink: Mitel’s On-Ramp to Cloud and IoT”). Mitel is in a strong position to leverage ShoreTel Connect and Summit. Mitel also recently launched its 6900 series endpoints, which I’m sure will find their way to attaching to ShoreTel systems.

ShoreTel has a few more assets than it had in 2014, but not as much upside. The agreed purchase price, of $7.50 per share, makes the ShoreTel valuation about the same as it was with Mitel’s $8.10 offer in 2014. As a William Blair newsletter pointed out, ShoreTel today has more shares than it did in 2014. Note, Mitel had intended that $8.10 price as a starting bid, as evidenced in its raise to $8.50.

The Mitel Ahead
Mitel intends to swallow ShoreTel quickly, which means it will be ready to acquire more this year. Mitel expects to close the all-cash deal in just a couple of months, and foresees $60 million in synergies within two years. These are big claims, but Mitel’s got a track record here. It will achieve the cost savings with economies of scale, and reductions in inventory, data centers, and, of course, staff. Expect significant changes over the next six to 12 months.

Regarding leadership, Mitel has only indicated its current CEO, Rich McBee, and CFO, Steve Spooner, will lead the merged company. That suggests some of ShoreTel’s executives might stay, but Mitel adopted few executives in its previous acquisitions.

There are lots of unanswered questions about the surviving portfolio, and sorting out the answers will take time. There is quite a bit of overlap between the two companies portfolios, with the major exception being ShoreTel Summit, as noted above. From my perspective, I don’t see long-term support for ShoreTel’s contact center solution, given the significant contact center investments Mitel has made in that area. Also, I don’t see long-term roadmaps for ShoreTel’s appliance or endpoint hardware. And in workstream messaging, Mitel’s MiTeam is more robust than ShoreTel’s Teamwork. Even though MiTeam is based on third-party technology I expect MiTeam to survive. The category is too important and too competitive for ShoreTel’s mobile-only offer.

Competitive Impacts
If Mitel can retain the market share it’s getting from ShoreTel and Toshiba’s UC systems business, closed earlier this month, it’ll get quite a promotion. According to Synergy Research, Mitel (with ShoreTel and Toshiba) is poised to become a strong contender for the #2 ranking in premises-based market share, behind Cisco, as it closes in on Avaya, The merger also pushes Mitel ahead of 8×8 into the #2 slot in UCaaS share, not far behind RingCentral.

I like this deal because Mitel will actually be getting some value from ShoreTel instead of just getting rid of a competitor. Mitel will more than double its UCaaS revenue, and that will put recurring revenue at 39% of total revenue. Mitel should also value Connect and Summit.

It also makes sense for ShoreTel, which is running out of options. ShoreTel just isn’t as relevant as it once was. The core company is fine, but the gap between it and its larger competitors continues to grow. It hasn’t been very successful with international expansion or enterprise penetration. Mitel is providing a reasonable exit for ShoreTel’s investors and management, and I’m confident that Mitel will embrace its customers and dealers.

For the first time, parents will be able to limit YouTube Kids to human-reviewed channels...

Next breakthroughs in exoplanet discovery