It’s interesting to compare Google and Amazon — two of the most incredibly powerful companies in the world. Amazon brings out product after product, with more successes than failures. Google largely buys companies and then loses interest in what they do.

Amazon is a retailer, and profit is built into its efforts, while Google largely lives off selling users’ information and providing access to content that doesn’t belong to it — kind of like living off an allowance from parents who don’t really want to give it but don’t see an alternative.

Google’s latest effort is rumored to be a gaming system to compete with PlayStation and Xbox (but with streamed games). I expect it will end badly, largely because Google won’t want to expend the effort to make it successful and will lose interest within a brief period of time.

I’ll share some thoughts on Google’s next likely failed effort and close with my product of the week: the Miix 630, a new tablet-forward Always Connected PC from Lenovo.

The console game market has three major players: Microsoft, Sony and Nintendo. Both Microsoft and Sony largely use the razer/blade model, in that they either sell their consoles at a loss or for cost, and make money on a percentage of game sales. Nintendo is a bit different in that it sells its console for a profit and also makes money from game sales.

To increase profits and revenue opportunity, the entire industry has been exploring in-game purchases with mixed results. These tend to detract from game play and can make the related titles less attractive, so the financial benefits of the approach often have been offset by lower game revenues. Still, the practice does allow for lower-priced games that are still profitable.

Breaking Into the Console Game Market

To drive console sales, what’s typically needed is a hit game that is paid for by the console manufacturer — for example, the epic Xbox game Halo. This is because people won’t buy a game console unless there is something they want to play on it, and developers won’t build a game until there is a critical mass of gaming consoles in market.

It is the typical cart and horse issue, where a lack of unique content can cripple a game console rollout. This is one of the big problems with virtual reality at the moment. There really isn’t a VR title that folks are excited about yet, and thus the related technology has been struggling.

Once you have a hot title, you still have to market both the game and the console with specials, bundles, and compelling ads that get people excited. You’ll still have a huge disadvantage relative to the existing vendors, because their customers don’t have to buy a new console to play new games — your customers do. Given that parents buy a critical mass of these things, when given a choice to buy a game for a console they already have purchased or a game that requires a new console too, the parents generally will pick the cheaper path.

This means you have to do a lot of hardware seeding so that influencers are talking and writing about how much fun they are having on the new hardware. This creates envy, and envy can get people to open their wallets and buy into a new platform. Even with everything in place, it can take up to five years of significant losses before a market comes around to your product.

Google really doesn’t have much of a history of product success. Yes, YouTube and Android — both largely acquisitions — have been successful, but Google gives them away and makes its money selling ads and usage data. Googl’es Home smart speaker hasn’t exactly set the world on fire, and Nest, which it purchased, seems to be dropping into obscurity. Google Glass was a train wreck, and Google+ looks like Westworld at the end of Season 2 (mostly dead people).

The irony for Google is that even though the company subsists largely on revenue from other companies’ marketing, it doesn’t seem to understand how to market itself. The firm is like a drug dealer who makes money from drugs but wouldn’t touch the stuff himself.

This is not to say the company’s product offerings are bad — its smart speaker is one of the best in market. Google just doesn’t get that you must build demand for a product, or people will buy something else that they have been made to want more.

This isn’t an uncommon problem for companies made up of engineers. In Google’s case, the result is a complete lack of human interaction skills and a lack of understanding of both the need and the process to build demand. Yet Google still seems to want to create retail products that people will buy.

I doubt Google’s efforts in gaming will be successful, even though I expect the hardware to be rather impressive.

I’m back to that definition of insanity — you know the one. Doing the same thing over and over and expecting a different result. The list of meh products from Google is pretty impressive, so you’d think its leaders would step back and try to figure out why success with those efforts has been fleeting. That isn’t Google, though.

Instead, the company will throw a bunch of cash and resources at this effort, likely get a nice initial spike, and then after 12 to 36 months lose interest in the effort and leave the poor folks who bought its console hanging out to dry while it moves to its next soon-to-fail effort.

The lesson Google — and sadly many other companies — has failed to learn is that you have to fund and resource your way to success. Just spending a lot of money doesn’t get you there, and if you aren’t willing to make the effort, then you’d be better off doing something else.

By the way, this will be Google’s second effort. The first one, Nexus, came out in 2014 and was mostly forgotten by 2015.

My second Always Connected PC, the Lenovo Miix 630 comes closest to the ideal 2-in-1 concept that Intel ironically brought to market in response to the iPad’s success. 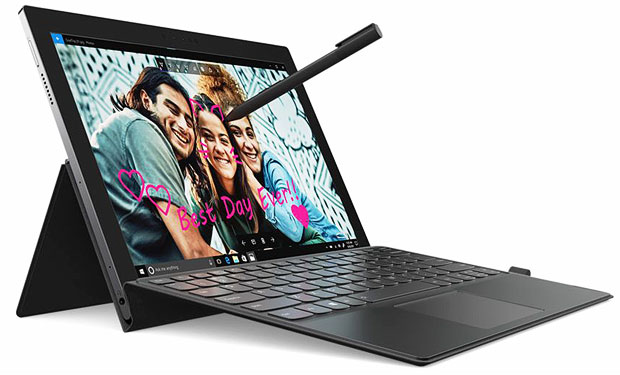 The issue for this class is that you generally end up with an interesting laptop computer but the tablet capability sucks, so no one uses it. Three factors — battery life, weight and screen size — were less than ideal.

The Always Connected PC effort is based on Qualcomm’s Snapdragon 835, not on Intel’s x86, to address the battery life issue, and this latest offering gets up to a whopping 20 hours of life. For a lot of folks that means up to three days of work off charger.

In tablet form, it is under 2 pounds, so it is very light. However, there is still a problem with the size of the device, given its near 13-inch screen, which is ideal for work but too large for most who want to use it as a handheld device to read watch movies.

This means the product is much better for those who actually want to use the stylus and either write or draw on it. It also would be handy for reading digital legal documents and contracts, particularly if you must annotate them.

At US$899 this isn’t a cheap date, but it does come with both an active stylus and a decent keyboard. About the keyboard: Most that come with tablet-forward designs tend to be a bit flimsy, but this one is nice and solid, so you feel comfortable typing on it.

This 2-in-1 likely would be ideal for an editor, writer, artist, or anyone who mostly wants to create documents or pen annotate them, work on contracts, or draw. This is likely one of the best portable products for a graphic artist.

Because the Lenovo Miix 630 is likely the closest thing to a true 2-in-1 currently in market, and because it could be a godsend for certain users, it’s my product of the week.

Covenant Kodi Addon – How to Install Covenant on Kodi & What to Expect?

HBO Go vs. HBO Now: Which streaming service is right for you?

How to use Google Maps